Last saturday  Walter DK3RV and Ralf DH3WR where trying to connect the hamnet accesspoint PI1ZLD from the recreation park in Ouwerkerk.  From there it didnt work so they installed their mobile hamnet setup on the dike with succes.   Here a email from Walter and Ralf 🙂

My son Ralf DH3WR and I have been on the dike near Zierikzee yesterday and where able to establish successfully a connection to your access point. The exact date and time was March, 26th 2016 18:00. 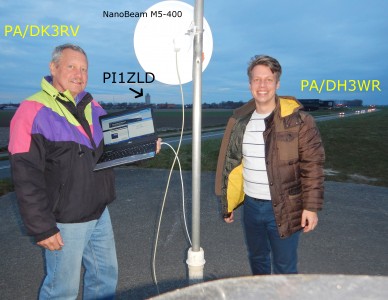 The equipment used was a NanoBeam M5 with 400 mm diameter. First, we were located about 1.2 km away from the tower. The received signal strength was -77 dBm. We downloaded some files from db0sda.ampr.org and had some QSOs via Mumble and db0ko.ampr.org. Downstream speeds were about 600 kByte/s and there was no notable delay or drop outs when talking via Mumble. 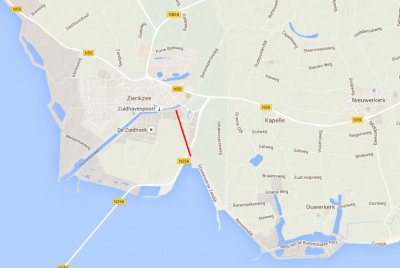 After this successful test, we drove to different places increasing the distance up to 4.8 km. The signal strength dropped to -87 dBm at optimum alignment. Still 3-5 Mbit/s of data speed were possible. 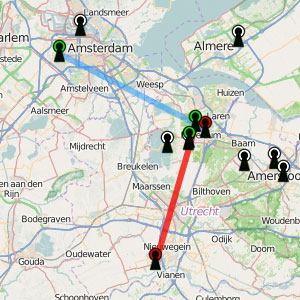